Serica therapy: a method that does not involve needles

Home » Practical information: FAQ » Acupuncture – what does it involve? » Serica therapy: a method that does not involve needles

Serica is a method that also influences the human energy system. Pieces of coloured silk are applied to the Chinese acupuncture points and covered with gauze strips. The colour used in Serica therapy is that of the peach blossom, characterised by Rudolf Steiner as being the colour of the living image of the soul.

When will the Serica therapy be used:

Anthroposophic medicine provides added value to mainstream Western medicine: its broader, holistic approach offers a more complete picture of illness and health and therefore also the range of methods that can be used for healing. Anthroposophy is an important source of inspiration for Auryn Acupunctuur’s modern-day interpretation of Classical Chinese medicine. It offers a broader understanding of acupuncture points, and instead of Chinese herbs I can advise you in homeopathic treatments that fit within our modern way of life.

The word Serica refers both to the fabric (‘made of silk’) and to the connection between the Old Chinese way of thinking and the current Western World (from the Seres – the people that make silk). It is assumed that long distance contacts between East and West existed as far back as the 5th century BC. Silk was also highly prized in ancient Greece and Rome. 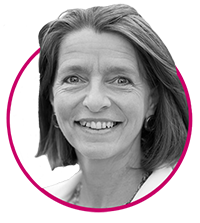